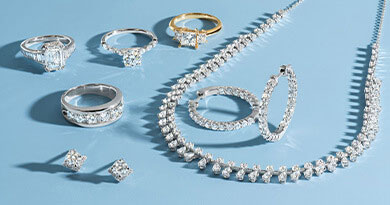 What are conflict-freediamonds and do they exist?

To understand conflict-free diamonds we first need to look at what are conflict diamonds. The diamond industry is very controversial. Diamonds are often extracted from mines in countries with violent civil wars, resulting in destruction and corruption. These mines are often controlled by rebel groups that use the profits from their diamond sales to fund violence against governments and civilians. The diamonds that come from such mines are called conflict diamonds or blood diamonds. For example, in Sierra Leone, rebel forces used diamonds to buy weapons and pay soldiers. In the 1990s, the diamond trade financed a civil war that killed 50,000 people and left hundreds of thousands homeless. This type of treachery still continues to date. To make it worse, diamonds are also mined in countries with poor working conditions and low wages. According to the latest article from Time Magazine, “Hundreds of miners die every year in tunnel collapses that are seldom reported because they happen so often.”

Though many people think that diamonds only come from Africa, they come from all over the world—including Russia, Canada, and Australia.

Of the $81.4 billion diamond industry, 65% of these diamonds originate from Africa. An interesting fact according to a U.N Report published by Reuters a few years ago, 140,000 carats was the total weight of conflict diamonds that were smuggled out of the Central African Republic which is a heavily war-torn area.

Adding to the pool of conflict diamonds is the world’s largest producer of smaller-sized diamonds - Russia. A huge proportion of engagement rings, earrings, pendants, and other jewelry sold in the US is sourced from Russia’s mines in the northeast. The sale of Russian diamonds is being used to fund the Russian war efforts against Ukraine, leading these diamonds to be labeled as “conflict diamonds”. One of the recent articles from the NYTimes states that “Now, the United States and other countries are taking action that could officially label Russian diamonds as “conflict diamonds, ” claiming their sale helps pay for Russia’s deadly aggression in Ukraine. ” ‘Proceeds from that production are benefiting the same state that is conducting a premeditated, unprovoked, and unjustified war, ’ said George Cajati, a U.S. State Department official. So, will these malpractices of diamond mining end? There’s no way to assure you that. That's where conflict-free diamonds come in. They're mined without funding violence or oppression. And the best part is that they're just as beautiful as any other kind of diamond! 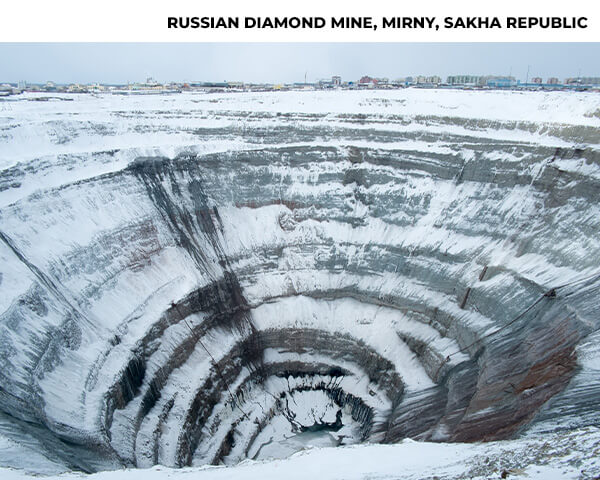 What are conflict-free diamonds?

The diamond industry has attempted to regulate the market by trying to track diamonds from mine to a retail stores. This process is called the Kimberly Process. The Kimberley Process (KP) is a voluntary, international certification scheme that aims to prevent the trade of conflict diamonds. The KP requires participating countries to certify that the diamonds they export are conflict-free, based on the origin of the diamonds and the processes used to extract and trade them. This is an extremely difficult, but not impossible process. Having said that, there is no way to guarantee that a given diamond in a jewelry retail store, thousands of miles away from its source, is 100% conflict free.

Most diamond mining companies claim they don’t use conflict diamonds, but it’s hard to tell if they’re all telling the truth, or if they can even be sure. It can be difficult to track the source of a diamond because many are cut and polished in different countries, making it impossible to trace back to their origin.

The same article from the Time (cited above) also states that “In 2003 the diamond industry established the Kimberley Process, an international certification system designed to reassure consumers that the diamonds they bought were conflict-free. But more than 10 years later, while the process did reduce the number of conflict diamonds on the market, it remains riddled with loopholes, unable to stop many diamonds mined in war zones or under other egregious circumstances from being sold in international markets.”

From the hundreds of thousands of rough diamonds being mined in African countries annually, which are then shipped to various different countries for the cutting and polishing process, and then further shipped to laboratories to be graded, a single diamond has changed hands almost 20-30 times before it reaches a jewelry store. With so many steps, it is extremely hard to be certain that a diamond is 100% conflict free.

So even if you think you're purchasing a conflict-free diamond, there's no way for you to know for sure, unless your jeweler has an independent certification that proves it's truly non-conflict (and even then).

So what are my options to buy a conflict-free diamond?

There's good news though: lab-grown diamonds are always conflict free! Because they're grown in a lab under controlled conditions. There are many reasons why conflict-free (or for that matter lab-created) diamonds are a better option than other types of diamonds.

First, lab-grown diamonds are always conflict free. While this sounds obvious, it is not the case with mined diamonds. There is a possibility that your mined diamond could have been sourced from a conflict zone and funding war crimes, human trafficking or even genocide. Lab-grown diamonds on the other hand are made in a lab using synthetic processes, which means there are no negative consequences for those involved in their production process.

Second, lab-grown diamonds are much more affordable than mined diamonds. This is because they don't require any expensive mining equipment or labor costs to extract it from the ground— they're created in a laboratory instead! Lab-grown diamonds also have consistent quality because they're grown under strict conditions that ensure every diamond has a high quality every time it's made (unlike mined diamonds).

Lastly, you deserve to know that your jewelry is coming from responsible sources and helping to lift people out of poverty. Lab-grown diamonds are always conflict-free because they aren't mined at all—they're grown in a lab using plasma reactors under precise conditions! We believe it's time for everyone to have access to lab-grown diamonds as an affordable & ethical alternative to mined diamonds.